Before we launch into the details on Pixelart’s rebrand, indulge me for a moment as I tell you a short story about the beloved children’s classic: Toy Story.

It’s 1995, and life is admittedly a little different. Somewhere far away from the White House, Donald Trump is starring in Pizza Hut commercials. People are lining up outside their local Best Buy to get their hands on Windows 95. Cell phones are only for making calls. Michael Jordan is making his triumphant return to the NBA. Brad Pitt is the Sexiest Man Alive (okay, so I guess some things haven’t changed.) Coolio has the song of the year.

And Toy Story is dominating the box office, ushering in a new era of computer-animated film while simultaneously worming its way into the collective American heart.

It’s hard to imagine Toy Story as anything other than the damn-near perfect movie it is, but it actually took a lot of tinkering to get it just right.

It was originally based on another animated Pixar short Tin Toy, a 5 minute film about a tiny musical toy escaping the clutches of a destructive toddler. Cute, right? Not to everyone, apparently. Disney (poised to acquire Pixar Studios) felt Tin Toy was too childish, that audiences wanted to see something edgier and more mature. So they ordered the studio to tailor the story to these new demands.

Unfortunately, Pixar was a little too good at following orders. They re-wrote main characters Woody and Buzz as sarcastic jerks, including scenes of Woody verbally and physically abusing his fellow toys - a change that was a major turn off for test audiences. The reels were so bad, apparently, that a screening for studio execs became known as the “Black Friday Incident” at Pixar. Yikes.

As it turns out, audiences wanted children’s movies to be, well, kinda childish. So Pixar ditched the salty, abusive Woody for the (flawed) lovable leader we have now, and did a couple more rewrites. They nailed it on their third try, and we finally got the version of the story that we know and love today. Toy Story went on to make 10 times its budget in ticket sales, and eventually spawned several sequels. You know the rest of the story.

The moral of the story is that sometimes brilliant people (need I remind you who was helming Pixar at this point: *cough* Steve Jobs *cough*) have one idea about what their product should be, while their audiences have another idea. Jobs surely learned that lesson more than once in his tenure at Apple.

That’s a lesson we’ve learned ourselves, here at Pixelart. And we’re carrying it with us as we rebuild our software and rebrand under a new name.

Before you get any ideas that we somehow built and released a terrible product that nobody liked, let me qualify the rest of the post with this:

We really like the software we built. And so do most of our users. From the beginning, we’ve always been about creating an enterprise tool that would be accessible for everybody. But that doesn’t mean there wasn’t room for improvement.

Sharing what we’ve learned along the way will hopefully help to illuminate our decision about relaunching with a new product and new name.

Like the storytellers and animators at Pixar with Toy Story, we poured our blood, sweat, and tears into our baby: Pixelart. We launched the software in 2018 and then spent two years learning about our users and what you wanted your digital signage tools to do.

And you had some amazing ideas! At your request, we were able to build and implement some pretty cool stuff:

But by far, the most interesting revelation came not in what you asked for, but what you didn’t.

Publishing should be easy

You see, when we built Pixelart, we thought we had a pretty good idea about how people wanted to run their digital signage. We thought our users would be mainly marketing hotshots who would want to build out their content like they would a Facebook ad campaign.

So we built our software around the concept of campaigns - where a user would design a piece of content in our design studio, then select when it needed to be published, and then where (what screen group.)

We thought we would teach our users how to publish content, but it turns out, you didn’t need to learn - you knew how you wanted to do it.

We learned that integrating our software into tools you already use (like G Suite, social media, PosterMyWall, etc…) was better - as you could take your content from where it already lives and simply publish it to screen without transferring files between tools. This is where apps and direct publish came into being.

The rise of consumer grade hardware

We also thought businesses would be using expensive, professional grade hardware to run their digital signage. So we focused our early software versions on compatibility with players like BrightSign and IAdea.

But much to our surprise, even our enterprise clients preferred cheap, consumer grade players. And so, we developed software for Android, Amazon Fire TV, Chrome, R-Pi, and Windows platforms. This gave us the opportunity to give all size businesses an affordable avenue into the digital signage game.

The main lesson that has followed us into the rebuild is that in order for a software to scale with a business, it needs to be three things:

What we’re doing about it

These last two years have driven home the lesson for us that a tool is so much more than the sum of its parts. The value of software is in what it empowers you to do.

That’s why our first goal with building Fugo has been to get out of your way — to make publishing and managing your on-screen content so painless, so frictionless, that you & your team will actually want to do it.

That’s also why our next-level goal is to help you squeeze as much power, insight, and profit out of your digital signage as possible.

The biggest addition to our new CMS will be its ability to measure the impact of your content. Fugo will be the first cloud-based digital signage SaaS tool of its kind to feature native audience analytics in the platform.

We believe it can!

Well, everything. It’s true that we’re getting more than just a fresh lick of paint. But that’s a good thing.

For starters, we have a new name, logo, and brand colors.

As for the new CMS, we’ve completely rethought the user experience for Fugo, making it more intuitive and more akin to the experience you get in modern SaaS products, like Mailchimp.

We’ve simplified the process of pairing screens. Our software will be able to auto-detect new players within your network and prompt you to add them.

We’ll have a new responsive design studio, where you can build out content with media and apps for all screen sizes, resolutions, and aspect ratios.

And about a billion other things.

There will be a ton of stuff in the backend that you won’t be able to see, but that will be quietly working to keep your screen networks stable and secure. For the tech-nerds among you, we’ll cover that in another post, but you can go here to find our founder and director discussing the new software in depth with the Scalac team who’s helping us build it.

So, if we liked the Pixelart platform, why not just release Pixelart 2.0? Why the new name and product? Won’t that just upset people? What kind of crazy company with a loyal user base tries to fix something that isn’t broken? And what does Fugo even mean??

Pixelart is a great platform, but we felt it was time to rebuild as a professionally packaged enterprise tool. That meant scaling up our development team, incorporating some impressive new architecture and building from the ground up.

Starting again at 0 is an incredible opportunity not only to think about our product, but what we want our brand to be about too.

The new software has the concepts of democracy and simplicity at its core. It’s built truly for anyone in any business to use. We wanted our new name - Fugo (pronounced “Foo-go” not “Fiu-go” or “Fuego”) - to reflect the simplicity that has been so hard won.

Our new branding and logo (also named Fugo) give our product a sheen, but also a friendly face. You’ll always find him somewhere, cheering you on and rooting for your success!

More info is on its way

We’ll be announcing more about the product updates in the coming weeks. Stay tuned here and on our social media pages to find out more!

We are SO excited to be introducing Fugo. We hope you’ll enjoy using the platform as much as we’ve enjoyed building it for you. 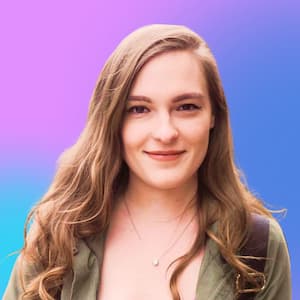